Mitutoyo Europe GmbH relies on EDI and AS2 with i‑effect®

Mitutoyo Europe GmbH – the world‘s largest metrology company – had many challenges: consolidation of 6 European IT locations with the location in Neuss, the introduction of EDI and AS2 on the IBM Power Systems as well as connecting their own ERP System with the central warehouse of a contract logistician.

Mitutoyo, a full service provider for metrology, undertook a large number of strategically important tasks in order to fortify it’s internationally leading position. Increasing globalization, stronger competition, increasing energy costs as well as fl uctuations in demand gave the company even larger challenges. Restructuring began with the decision to move from using their own warehousing with over 9000 different products to using external warehousing and connecting it to the in-house ERP system with UN/EDIFACT and AS2.

Due to growing success and the continued expansion of the company, logistics and IT were constantly pushed to their limits. In order to implement the newly adapted company strategy in IT, the introduction of a new EDI software was required. To maintain direct and unobstructed EDI communication with the contract logistician, only an in-house solution could be considered. EDI data exchange trough an external clearing center wasn’t up for debate. This would have threatened data security and create incalculable costs as well as infl exible processes.

During their search for a suitable integration software, the employees of Mitutoyo also tested the graphical EDI solution i‑effect®. menten GmbH’s experts were brought in on the project, because no EDI system had been previously used. „High cost-effectiveness, fl exible and innovative handling, and the predictability of costs were all determining factors for i‑effect®“, said project manager Frank Dreischmeier. „The almost self-explanatory creation of mappings – even complex mappings are displayed in a graphical interface and can be changed and adjusted easily – was another deciding factor for i‑effect®“..

i‑effect®, a modular IBM i solution, provides completely automated data exchange using a secure AS2 communications channel, the conversion of UN/EDIFACT message types with all subsets as well as processing of spooled data in all common fi le formats. Mitutoyo Europe GmbH can thus set up and implement company-wide business processes.

Cooperation with the contract logistician functions in two steps. First, products are taken from the production site and warehoused, then the products are delivered to the customer directly from the logistician. Both steps of this process are highly automated. A Mitutoyo employee enters, as before, the picking information into the ERP system Mitutoyo Europe GmbH setzt auf EDI und AS2 mit i‑effect®® Mitutoyo Europe GmbH – the world‘s largest metrology company – had many challenges: consolidation of 6 European IT locations with the location in Neuss, the introduction of EDI and AS2 on the IBM Power Systems as well as connecting their own ERP System with the central warehouse of a contract logistician. ANWENDERBERICHT Mitutoyo Europe GmbH, Head Offi ce in Neuss Today, 70 years after it’s founding, the name Mitutoyo is synonymous with the most comprehensive product spectrum of the metrology industry and the most internationally active complete provider of this economic sector. A company that today operates as a worldwide, industry leading company, with a product range of over 9000 high-tech measurement instruments, began in 1934 with the production of a single product: the mechanical outside micrometer. and the data is then written into the IBM DB2. Using a RUNMAP command the picking information will be converted to a UN/EDIFACT message from the DB2 and then sent to the contract logistician, whose employees know exactly which products, quantities and from which production site they should be picked and then warehoused. It is imperative not to lose track of several production sites and the decentralized warehouse. Whether it is inventory reports (INVRPT) due to stock movement or reconciliation reports, which supply a daily inventory and stock level/movements, the quality of data and clarity of the processes are guaranteed by current UN/EDIFACT status messages. If, in spite of this, there are still discrepancies, Mitutoyo’s employees will be notifi ed via Email that stock level corrections might have to be made.

In the second step, the Mitutoyo sales employees send purchase orders to the contract logistician, who then can send the products to the customer. Order processing and monitoring are thus extremely accelerated. „Our customers directly profit from the optimized process: they receive their product much faster“, said Project manager Frank Dreischmeier. All processes are confi rmed with EDIFACT status confi rmation, so that the supply chain remains clear, verifi ed and traceable in real time. „The processes are very transparent, all actions can be monitored/followed quickly“, added Dreischmeier.

EDI data exchange shortens the reaction time for all incoming customer orders. Electronic data transmission keeps the data of the entire supply chain current and available at any time. Planning and scheduling reliability has thus increased. Because data is no longer collected manually, the potential for savings has also grown, for example, by reducing errors, avoiding format mismatches and recognizing duplicates. An automated EDI solution is for Mitutoyo Europe GmbH especially important, because their business processes, for the most part, are repetitive.

However complicated the consolidation and connection to a contract logistician was, training and instruction of all IT specialists was fi nished in one day. „The quick realization of the whole project by menten’s employees and their service were exemplary. Even with complex tasks, we never reached the limits of the software. The software’s architecture, the design and the monitoring tools are so clearly arranged that new requirements are quickly realized and most importantly the costs required to make such adaptations can be estimated relatively precisely“, added Frank Dreischmeier.

After the project was completed successfully, the Mitutoyo main branches in Italy and Great Britain have also switched to the EDI solution i‑effect®. 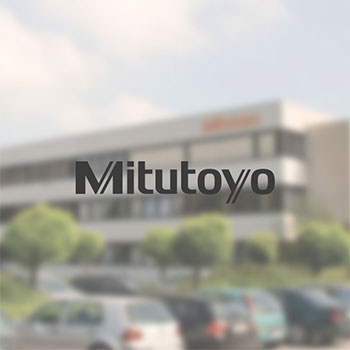